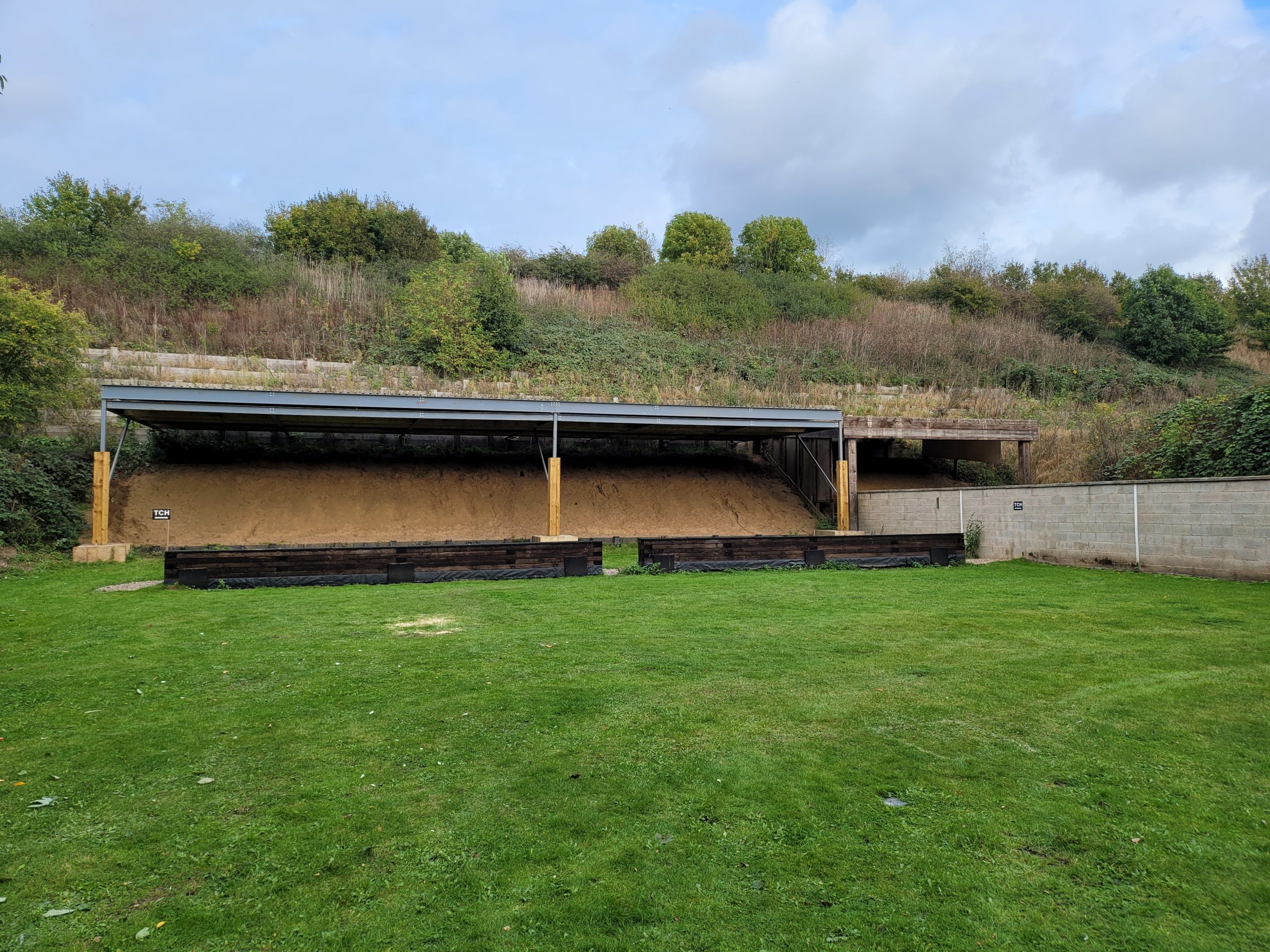 As a designer and builder of our own range we are often asked for our advice from other ranges and clubs and sometimes ranges need a bit more than just words. We were contacted by DRPC 1999 Derby Rifle and Pistol Club 1999 with an issue they had with ‘pop over’ which had resulted in the their 50m range being closed for anything other than .22LR calibre so they asked for help.

Pop over is when a round that has impacted the backstop ricochets directly upwards and comes back down to earth behind the backstop and for higher calibre and high velocity rounds it is a lot more common than people think, its also relatively dangerous as whilst the bullet descends to earth at 9.8m/sec (gravity) its still fast enough to cause a serious injury with of course all the liability that entails.  The actual height of the backstop is not the issue as the rounds typically travel near vertically, usually after hitting another bullet in the backstop itself and this range had a backstop over 12m in height but was still forced to close.

What is needed is a range canopy to cover the backstop and prevent rounds which pop over from leaving the range so DRPC1999 asked us to design and build one for them. At Silverstone all of our high velocity ranges (full bore, .17HMR etc) have 10mm steel plate canopies above the backstop, this is sufficient to even stop a .50cal round from ricocheting out of the range but as Derby only wanted to use the range for pistol calibre we could use thinner steel plate, which was a good job as the range is 27m wide. 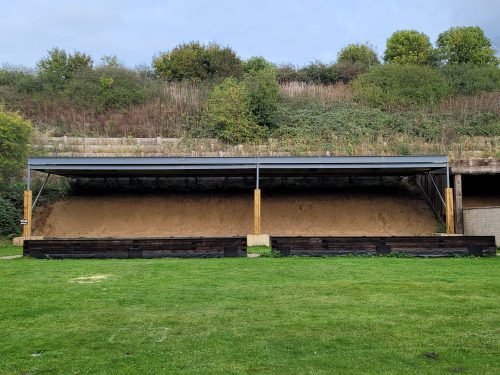 Using our experience we designed a canopy structure to perfectly suit the offset target arrangement they had, due to the length and depth of the backstop steel was chosen over wood due to the sheer weight and span needed to carry the steel plate to cover the entire backstop, all front facing steels were clad in wood to mitigate ricochet.

The final design took a week to install and weighs 24 tonnes in total. The structure carries 3mm steel plate, interlocked, to cover the entire backstop so that no round that impacts the backstop can pop over the top, all rounds simply bounce off the plate and back into the backstop material. The range has been back in use for the last 6 months and no more reports of pop over.

A lot is discussed about backstop heights for shooting ranges and their size is mandated by JSP403 (the range build standard) but anti pop over canopies are not as detailed and in our view need to be addressed by a lot of shooting ranges to mitigate their risk, a round that leaves the range vertically is just as much of a liability as one that leaves at any other angle and pop over is relatively easy to near 100% remove by the installation of a suitable canopy.