Round 2 of the IPSC Mini Rifle Winter league was a wet affair but we again welcomed a further 8 new shooters to their first Practical Mini Rifle competition, all of whom shot safely and thoroughly enjoyed the event.

First stage stage was a bit of a baptism of fire, 12 IPSC plates, prone shooting from 95m and after the usual comments of ‘jeeeze, how far?’ the stage was actually pretty straight forward with most people clearing all 12 with Andrew Hammond showing his military training (they shoot prone a lot!) clearing all 12 in under 24 seconds. I was next quickest with a leisurely 36 seconds and Andy Smith some 20 seconds later.

Stage 2 was a short stage, lots of barriers to shoot around and under and was won by Kelvin Leaton (winner of round 1 overall) with a time of 9.92 seconds from myself and Dave Salmons coming in second and third with 11.23 and 12.48 respectively.

Stage 3 was great fun for those there more used to traditional tight arcs of fire and shows how we can use the Silverstone ranges to great affect, with full 180 degree firing with targets from side to side with full movement in between. Kelvin showed his speed coming in to win with Andrew Hammond second and myself third.

Final stage was a tough one, 14 IPSC micro targets, so thats 28 rounds to score at distances from 5m to 35m – all shot whilst balancing on a narrow wooden block. Dave Salmon used his low centre of gravity to great effect and took the win with Andrew Hammond second and Kelvin Leaton third. 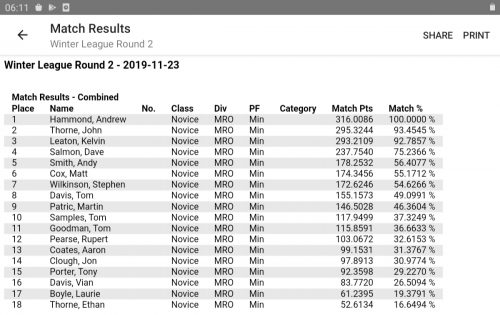 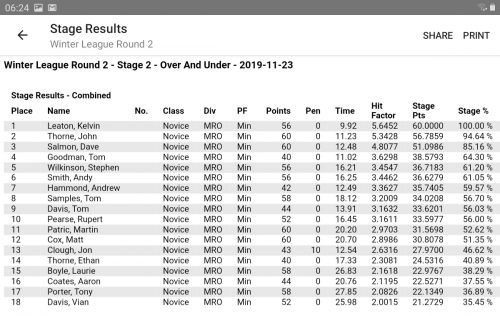 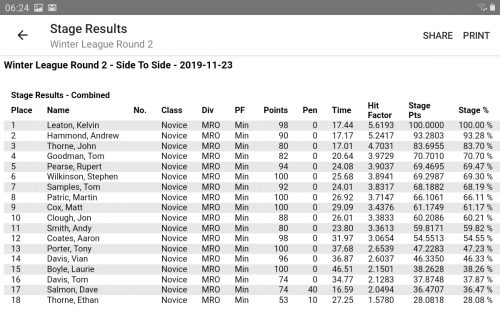 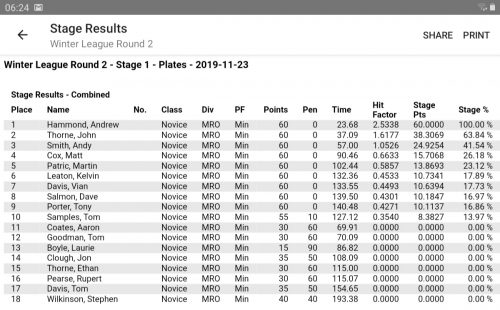 So after two rounds the league table looks like this

As usual the range crew all shot at the end of the day which now that Winter really is here meant we all shot the stages in the dark which wasnt really very easy but quite good fun at the same time. All the stages are here (you’ll see what I mean by dark!)

Next winter league round is December 21st, just ahead of Christmas and with 4 of the rounds to count you still have time to enter and compete for the top prizes and not worry about dropped rounds. Scores are based on 10 for a win down to 1 point for 10th and every shooter getting a point for competing and not being DQ’d.

To enter click HERE and make sure you put in the notes whether you want to shoot at 10am or 2pm.