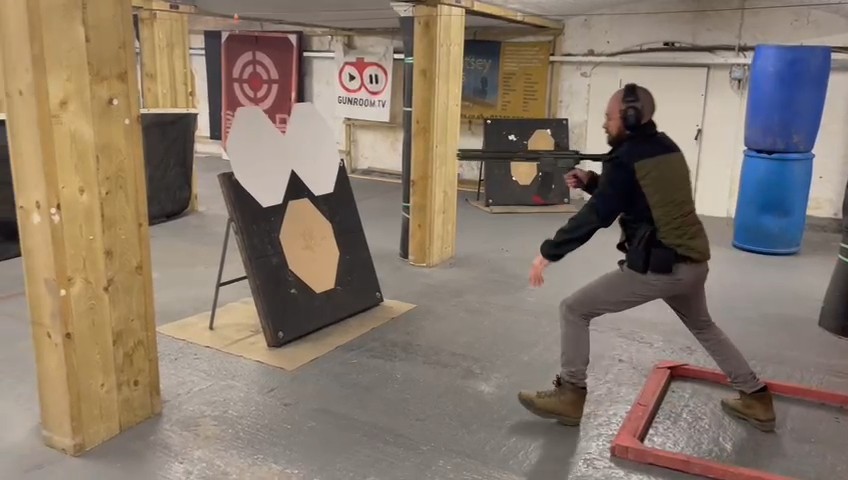 First match of the new season and the partly depleted Silverstone crew (one Tom was away) had a mixed start we feel. Last season we ran so many matches that we barely got a chance to compete ourselves and when we did we all had near zero practice, the guns came out of the safe to compete then back in again so for this season as we are running only one large Practical competition this year we do have a bit of time to try a bit harder (its still about the fun though!). In saying that we still didnt get much time to practice, Rupert deciding to borrow Toms’ Kriss DMK the night before just to ‘try it out’ 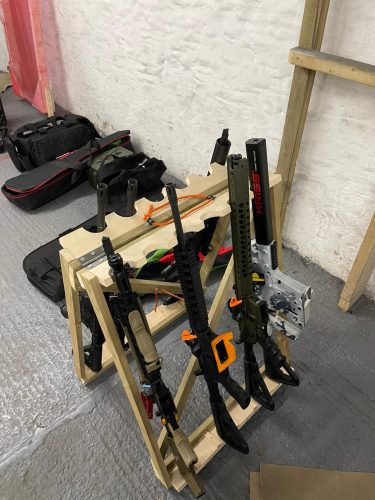 Frome always put on a good match and there is usually some weird stages in there for good measure and they carried on that tradition with a strange aperture shoot that was either just awkward or in my case a full lazer aimed stage as you can see if you compare Ruperts shooting of it with mine:

Got to love the lazer.

Overall it wasnt too bad a start to the season, Tom had a good run with his S&W 15.22 and showed how quick he was on loading it on a stage:

and Rupert enjoyed the Kriss DMK so much he’s going to start using one for this season (as soon as we can get him one that is). 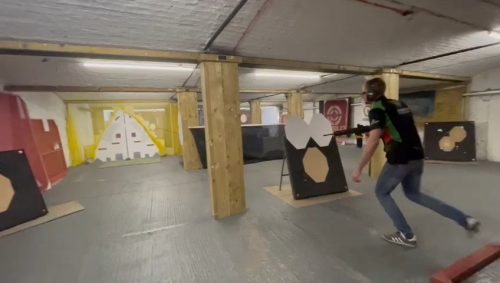 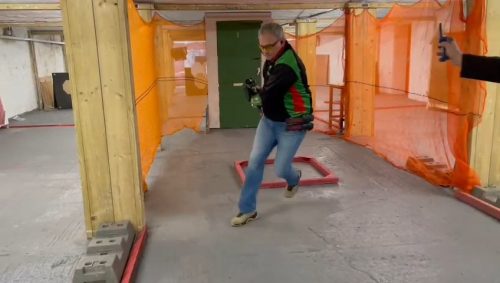 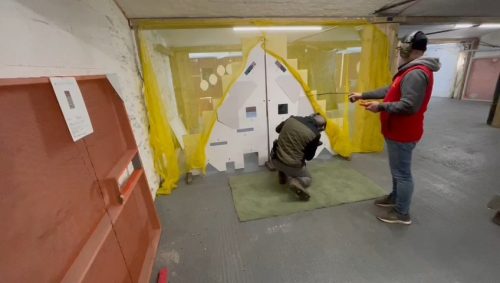 So both Tom and Rupert were pretty happy with 15th and 17th place overall respectively, especially when both had a couple of poor stages which dropped their overall score down. I was less happy, really thought I’d done better overall, my gun scores were high, typically higher than most above me on nearly every stage but I’m just not fast enough, I guess a season or two of limited practice has a greater affect on my old bones. Certainly didnt like some of the more strange courses of fire, the string stage murdered my score as I couldn’t reach the strings correctly then proceeded to hit a no shoot.

Taking second place in the senior category was OK but it was some way back from class Winner Lee Hopgood and a country mile back from the top 3. Looks to be a long season and I need to up my speed. 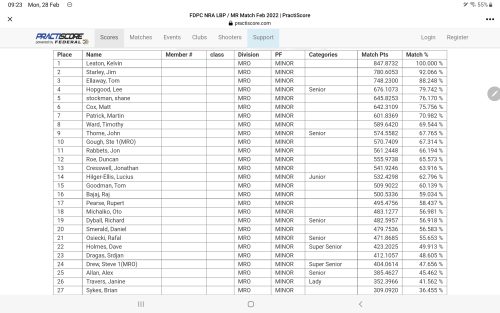 The next NRA Mini Rifle League match is in April so hopefully we all will have sped a bit by then, in the meantime I’ve a UKPSA match at Carlise so will see if I can improve there too.