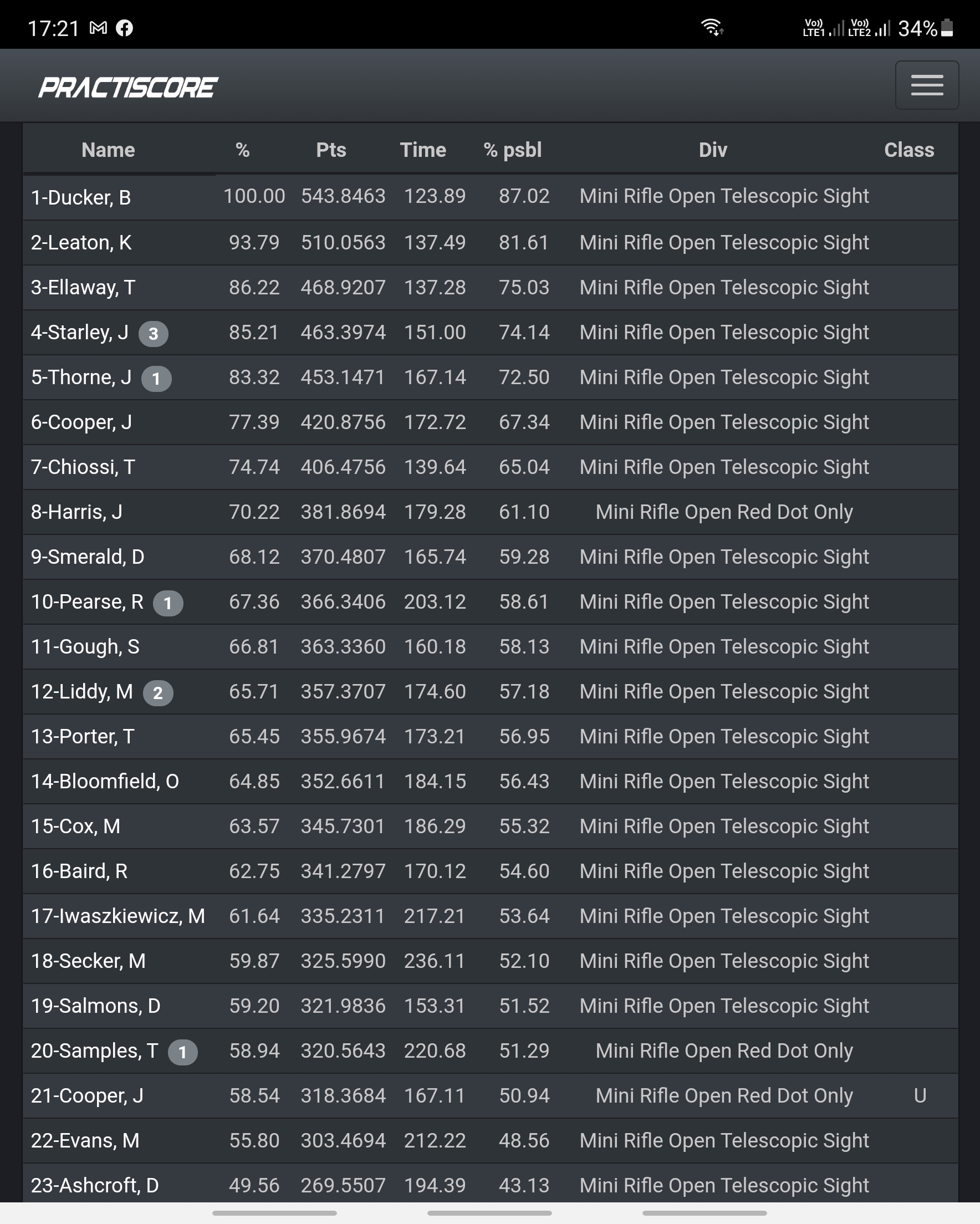 As well as the Hawke Optics British Mini Rifle Championship the other main series is the NRA Practical Mini Rifle League. This series held at NRA ranges across the country runs in similar style to the Hawke but adds the variety of stages that others ranges can offer. Sometimes this means we are shooting shorter, indoor ranges but all adds to the variety that practical shooting is best at. Round was was hosted By Frome and District Rifle club at an outdoor range near Bristol and the whole Silverstone team rocked up to shoot.

Now we say ‘team’ we are a little less formal in that its made up of all the range officers here; Tom, Tom, Rupert, Ethan and myself (John) and whilst we shoot to have fun we do all have varying ideas of how competitive we want to be but running so many matches here we just dont all get the time to shoot our own competitions so shooting in the NRA league lets us shoot rather than run the match. With Ethan absent due to exams (A levels) just 4 of us attended round 1.

One Tom shoots a Kriss DMK with a Hawke Optics red dot the other Tom and Ethan both shoot a S&W 15.22 one, with a Hawke red dot and the other with an Aimpoint Red dot, Rupert and John both shoot a Kriss Vector, Rupert with a Hawke Frontier 1-6x scope and Aimpoint red dot and John with a pair of Aimpoint Acro red dots. We all shoot Geco semi auto ammunition. Tom, Tom and Rupert shoot in the open class, Ethan is a junior and John is in senior but its fair to say some of us take it more seriously than others but we still like to have fun.

First competition is always a bit rusty and most of the team were shooting something different on their guns, Rupert had only just fitted the Hawke Frontier the previous day so his zero was best described as ‘approximate’ but overall we all did pretty well.

First stage was an interesting one where clays were used as ‘land mines’ tread on one and you got a penalty whilst trying to shoot targets 80m away, we all avoided betting ‘blown up’ but Rupert won the style guru of the day award with his fancy ballerina footwork

Stage 3 was the killer for John, disappearing targets meant that they didnt need to be shot, as first shooter he engaged them when in fact the best plan was to just ignore them and shoot for time, doh, that dropped Johns score on the day sadly.

All in all it was a great day and good fun. John won Senior and 5th overall, Rupert was 10th, Tom won the Red dot only class as well. All the guns performed pretty much perfectly and Rupert and I figured out the Kriss Vector just needs its mag tapping to seat the rounds to be 100% reliable. 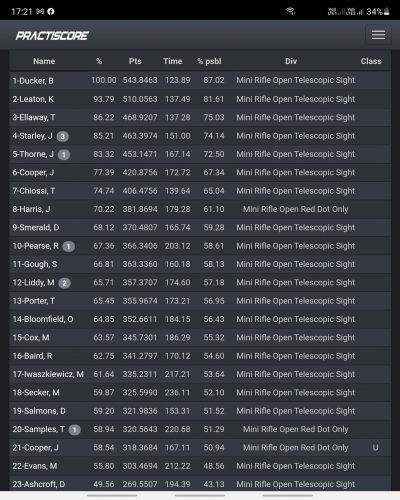 Next round next month should see the whole gang out as Ethans exams are now done.