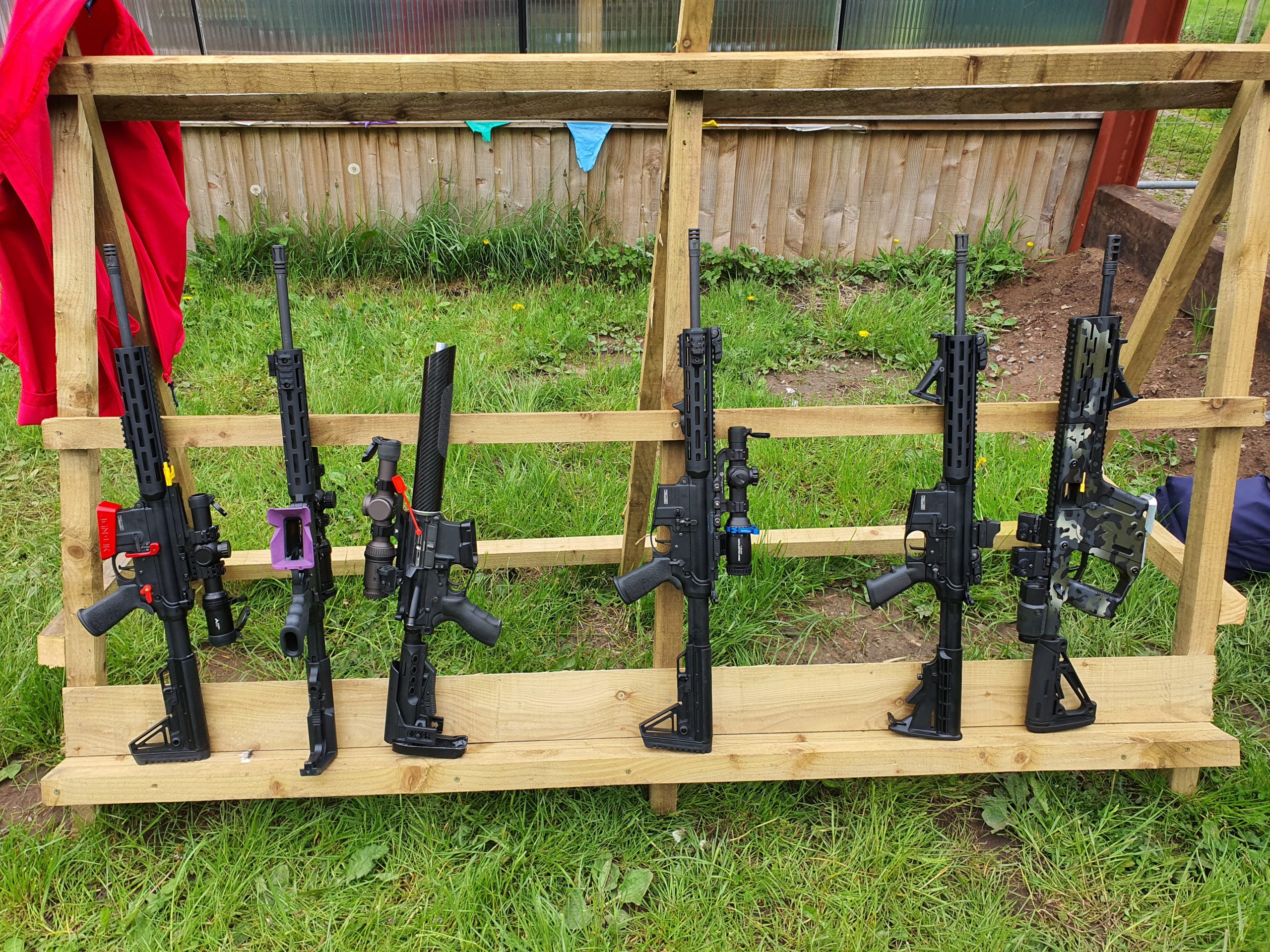 Whilst the NRA mini rifle league and the Hawke Optics Championship are championship series with multiple rounds making up an overall championship the UKPSA mini rifle rounds are one off matches all run to strict IPSC Mini Rifle rules, as you’d expect as the UKPSA is the IPSC representative for the UK. Their level 2 and 3 matches also represent the qualifying matches for selection to the Great British team so its fair to say that the matches are taken very seriously. Currently only John shoots the UKPSA matches as even though the rest of the team have passed the respective UKPSA courses they are unable to shoot as too much time has passed for them to be eligible.

The first match of the year was held up at the Carlise Pistol and Rifle Club and was a level 2 (9, IPSC approved stages) and attracted a large entry list of 54 shooters including 13 in the Senior division that I shoot in (50 years old+)

Stage 1
A single enough stage made complicated by a weak hand trail start. The trick was to be nice and smooth in the gun transission but I felt I was a bit clumsy which lead to a relatively low score.

Stage 2
My favourite stage of the day and the first time a Kriss Vector has been used to win a stage in a UKPSA match. Speed was important but so was score, I scored every target with an Alpha and thats what got the win. 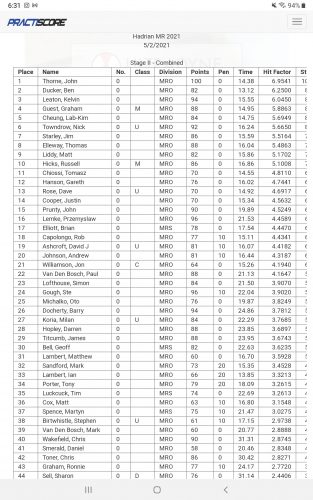 Stage 3
Longest stage on the day and high proportion of points as a result and sadly I got my one light strike of the day on it which slowed me down.

Stage 4
A fun little stage with a see saw in the middle, I was a bit bambi like to be honest, not something I practice was decent enough socre

Stage 6
Indoor ranges for the rest, lots of aperture shooting at micro targets at around 25m

Stage 7
More in and out of apertures.

Stage 9
Short stage with a compulsory mag change in, again, the Vector was great with the side mag holder we developed.

Final result on the day was 2nd place in Senior beaten by a mere 2 points by Nick Towndrow (well shot mate) and 6th overall. I’d love to say I was happy but 2 points, when I had 2 misses simply from trying to be too quick on two stages meant I threw it away in my mind, two misses is 20 penalty points and the loss of point shot so just one avoided would have got me the class win. Nick is probably the best senior shooter in the UK so no shame to be beaten by him. 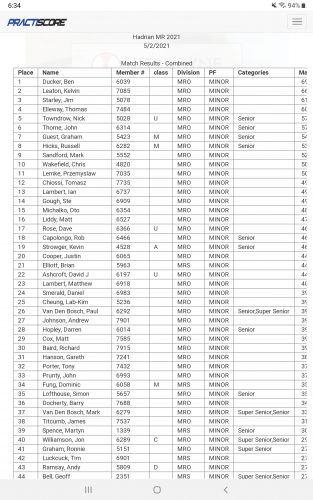 Best news was just how well the Kriss Vector performed. One light strike (which can happen with any ammo) but cleared quickly, ergonomically it handled well with unloaded starts and fast reloads and the first ever stage win for the gun in the UK should allay some fears over its suitability for practical minirifle, we were always convinced of course but when you try something new most people shy away, thats not us.

Next UKPSA match is July in Essex.