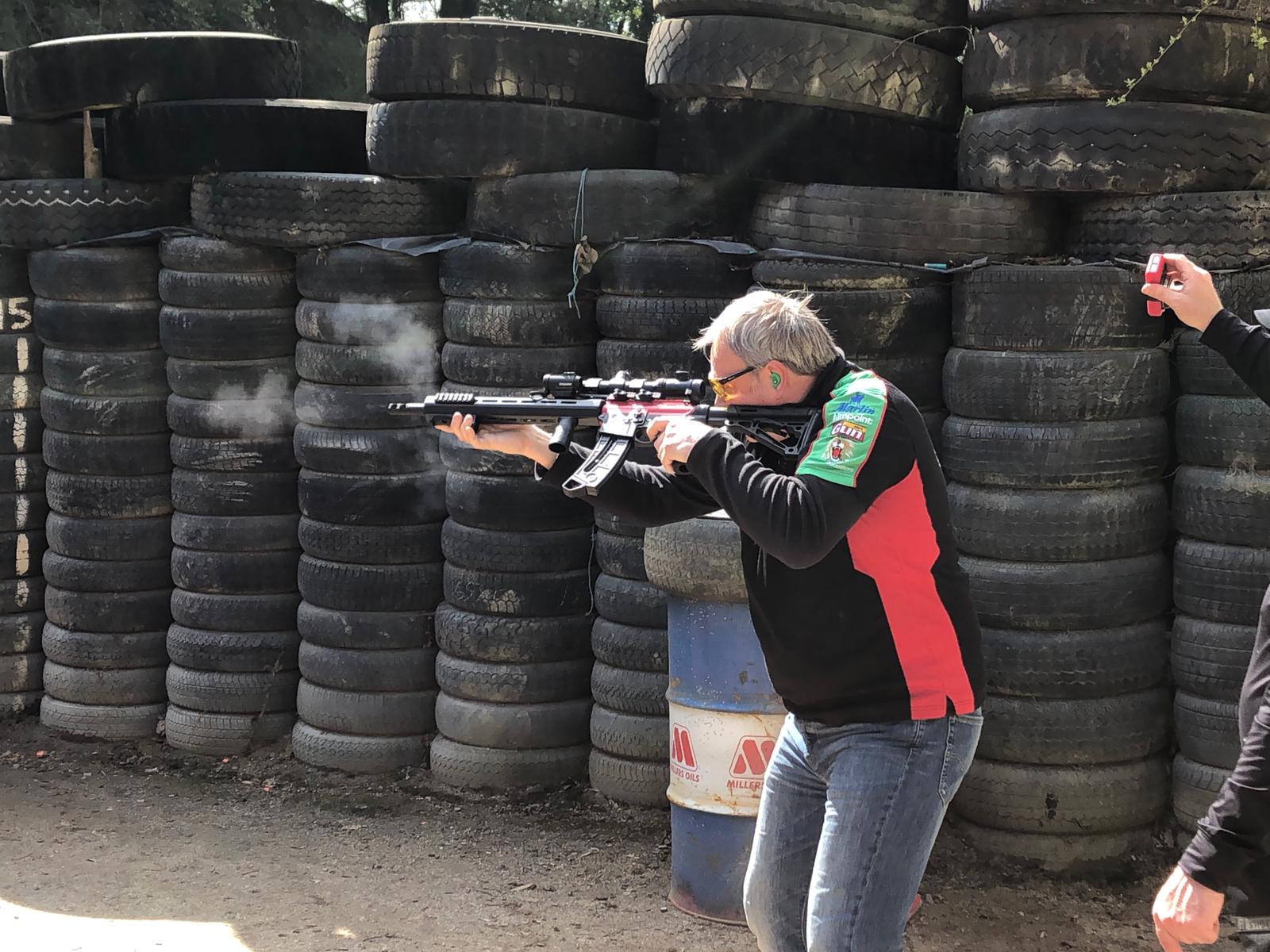 First match of the year (for us anyway) and three of us went down to Shield Shooting Centre in Dorset for a round of the NRA Mini Rifle League. Was in interesting match, 10 stages,  couple of memory testers and some interesting target arrays made for a fun days shoot. 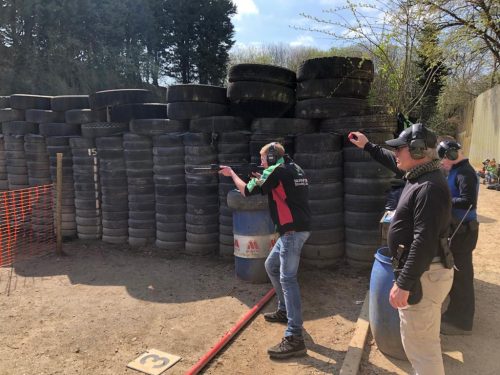 For Tom S and Tom G it was their second match so they both shot brilliantly to score 16th and 20th respectively. 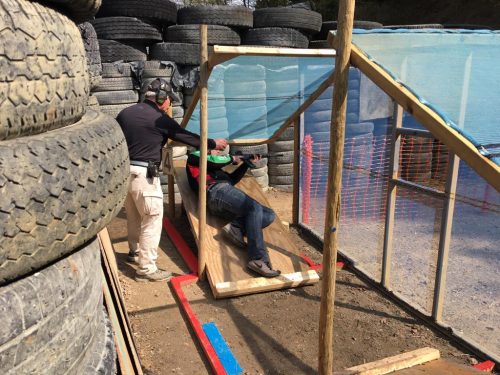 I used the match to try out a new magazine coupler from Magload (my last one fell apart at the last match) and it was a harsh reminder why we use competition to test new products with a few issues brought about by poor user error (me). 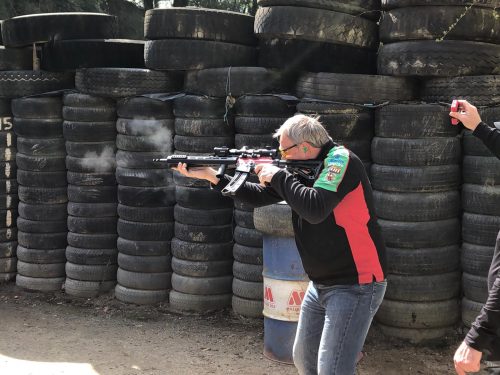 In all the testing we shot with the magazines level with no issues but the first time used in competition the level magazines meant that the empty casings were being caught by the spare mag and bouncing back into the breach jamming the gun, lesson learnt but meant stage ruined sadly but thats what we use competition for – testing upgrades and products to see what works.

For some reason I never shoot well at Shield, a lot of the stages are based around remembering where the targets are which is not my strong suit it seems) so after scoring poorly on both those stages (failure to engage a target counts as a miss and a procedural penalty so kills your while match really) left me with a 9th place overall. 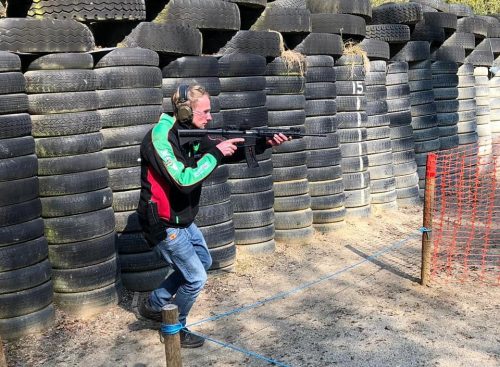 We’ve uploaded some of the stages to our Youtube site, take a look Here