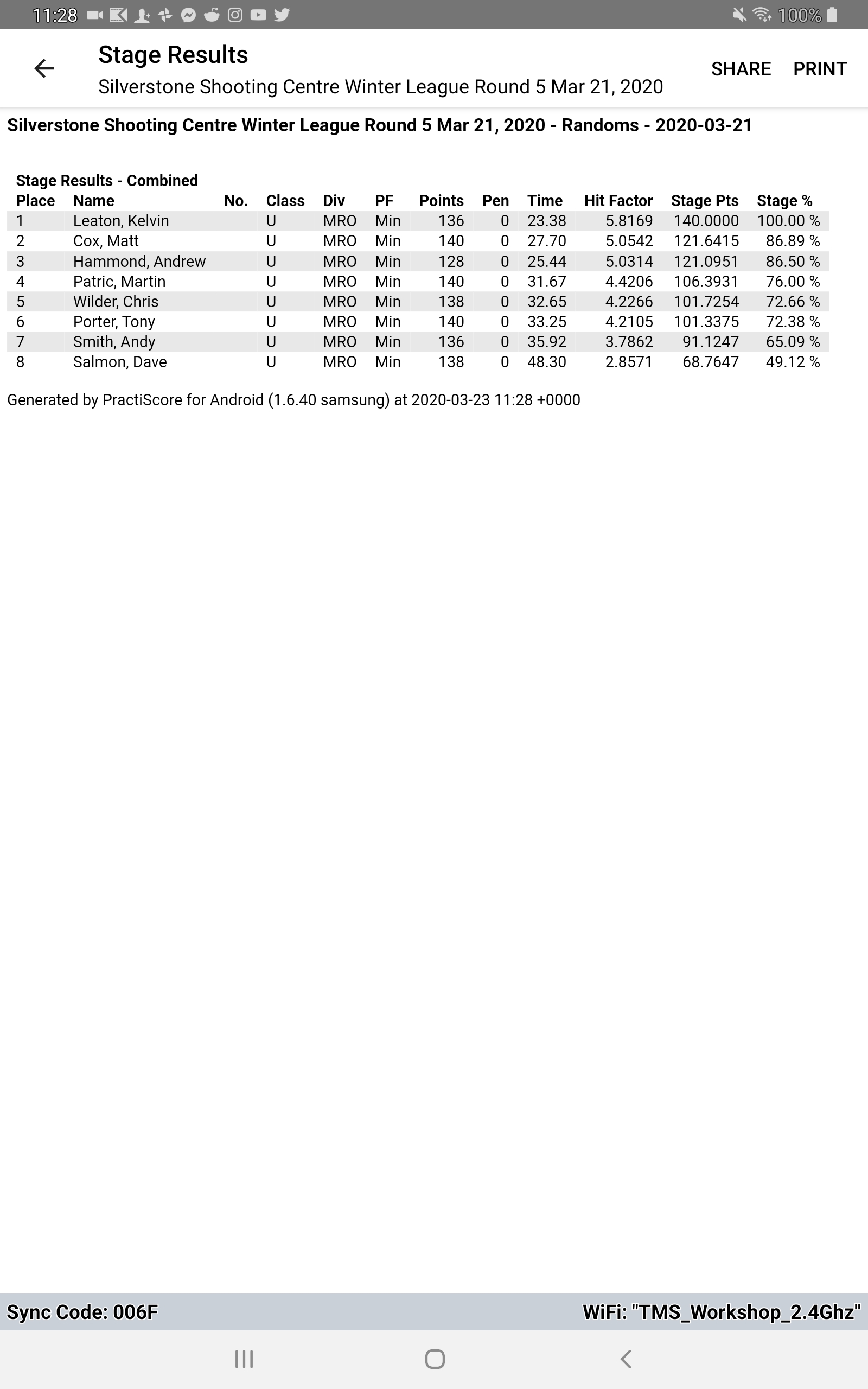 After the cancellation of the 5th round due to weather it was touch and go if we wold be able to complete the final round due to the coronavirus position but we are delighted to say that all the competitors practiced the 2m rule on social distancing well and a safe, secure competition took place.

Stage 1 was a 100m stage where competitors had a single magazine of a maximum 25 rounds to engage 12 steel plates and then a relocate and reload with another single magazine to engage 6 more plates. New shooter Andrew Hammond showed is Army training and came away with the win with a time of 36.6 seconds a near 50 seconds faster than second place Dave Salmons and third place Andy Smith. 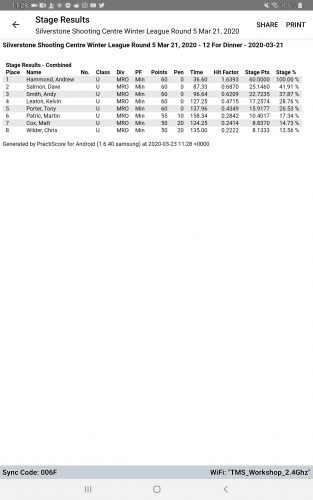 Stage 2 was a medium stage shooting a combination of IPSC mini targets and our new square knock down targets with distances from 5m to 15m with a 25m run down to engage the final 6 targets which was won by Kelvin Leaton with a time of 24.45 from Matt Cox half a second slower and new competitor to the Winter League Chris Wilder on 26.99. 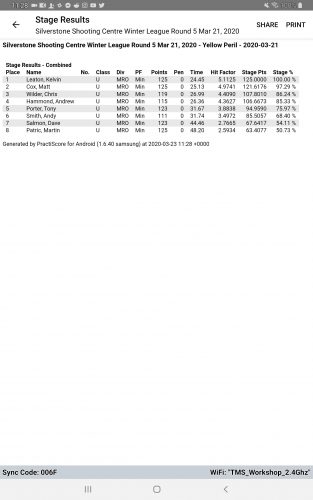 Stage 3 was a tricky little stage using IPSC micro targets at 20m and our new round knock down targets as close as 1m distance which threw a lot of people shooting too low but was won by Kelvin Leaton again with a time of 18.15 seconds from Dave Salmon again with 19.87 and Martin Patric on 21.81 seconds. 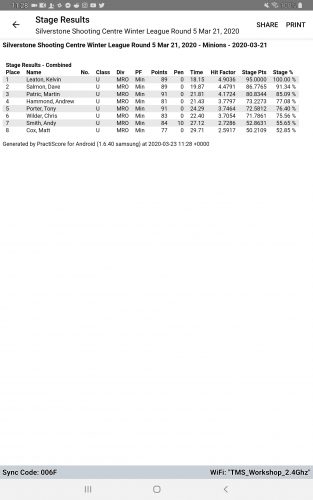 The final stage was a long rundown stage with 9 IPSC mini targets spread down the range with no more than a single target visible from any single point, lots of movement and firing and again Kelvin Leaton showed his speed and skill to win again with a time of 23.38 ahead of Matt Cox and Andrew Hammond.

The final scores for the final round stood with Kelvin Leaton first, Andrew Hammond second place and Matt Cox third. 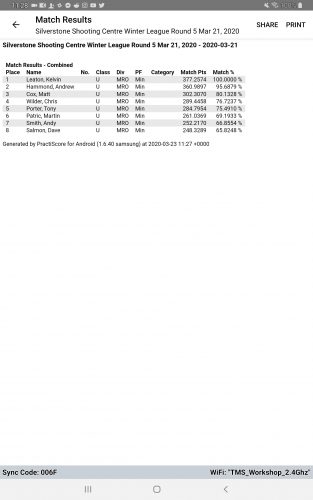 With the final scores in and allowing for a dropped round (worst score not counted) the final standings are;

So congratulations to overall winner Kelvin Leaton who pretty much shot well every round in every stage, well done to Andrew Hammond who not only won 2nd pace overall but also our best new shooter (never having competed in practical shooting before) and third place to Matt Cox who chased Kelvin pretty hard on every stage.

Great to note just how many were new competitors to the sport of practical shooting, no less than 19 people were brand new to practical shooting so the very idea of the Winter league – to help grow our sport for new shooters has done a great job.