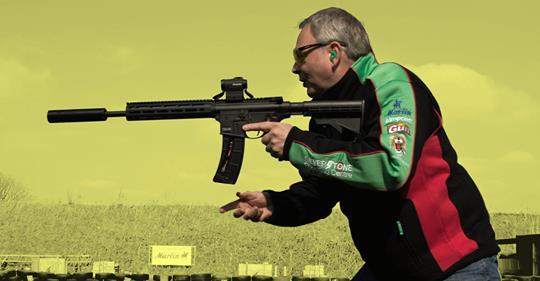 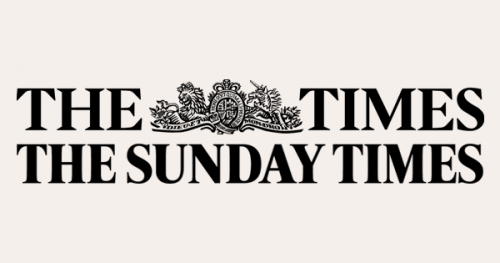 Well, following our visit form the Times newspaper and our comment that they had decided not to run the article they have decided to do so, full text of which is below.

Golf buggies take members to and from a clubhouse against a backdrop of rolling countryside. It is only the sound of gunshots and banners picturing weapons that show this is not your normal sports club.

The Silverstone Shooting Centre in Northamptonshire is one of a number of venues around the country where people can spend their weekends spraying bullets at targets with assault-style shotguns, similar to those used in the Christchurch terror attack.

Legally on sale in Britain, weapons designed to look like AK47 assault rifles have become the gun of choice for participants of “practical shooting”, which has a million competitors worldwide and is reputed to be the fastest growing firearms discipline.
Organisers argue the sport is no different to going for a round of golf for the 40,000 people in the UK that take part.
The Times was invited to the centre to show a “true” picture of the sport after concerns were revealed about the sale of semi-automatic shotguns for practical shooting.
After opening just 18 months ago, the club has 100 members, ranging from plumbers to City executives, with dozens more applications being considered. One member who lived five minutes away said that it was “just a hobby” and was like “having a couple of hours and playing a round of golf”
The centre is popular with visitors and organisers of corporate days. While no one can use a a semi-automatic shotgun, or even view or touch one, without a licence, after filling out the forms and going through the safety briefing, a reporter was allowed to test out another Section 1 firearm, the AK47-style Smith & Wesson 15.22 semi-automatic rifle. It has no recoil, weighs just a few kilograms and is equipped with a “red dot” scope making it effortless to aim; it took just seconds to adjust to it.
More difficult was jogging around carrying the 33in weapon with the safety catch off while moving from one firing point to another. But by the end of a “fast-track” training course, it was possible to complete a competition stage, navigating barrels and road barriers, and shoot eight targets with 16 bullets in just 19 seconds.
All shots were supervised by John Thorne, 49, a former libel lawyer who runs the club, who wanted to put forward the “fun” side of practical shooting and explain that it was safe. He explained that learning to use a gun was like “a driving test” and members of the club needed a six-month probationary period to even apply for a firearms licence and had to go through exhaustive training.
The club also actively monitors members’ personal circumstances and the police will carry out their own checks, including contacting GPs, checking guns are stored in a secure safe — at the club or home — and submitting gun owners and their families to rigorous three-hour interviews.
“You can’t just try it,” Mr Thorne said. “You have to buy it. You really have to want to do it. You can’t just do it on a whim and can’t unless you go through the hoops to have a firearms licence [and] several ones beyond that. It’s not the thing of having a gun under the bed.” He said that people were only allowed to move from simple target to practical shooting once he had made sure “they aren’t lunatics” but safety regulations were so strict that even world champions had been banned for accidentally putting their finger on the trigger at the wrong time.
He said the sport was not dangerous and was “not military training” but it had not been well publicised because organisers were “ scared of the media”. Referring to a hugely popular and violent shooting videogame, he said: “They [club organisers] are scared of being portrayed as some sort of Call of Duty wannabes. It has nothing to do with computer games, nothing to do with the military. It doesn’t fit at all with what we do. People who don’t understand shooting say, ‘Well you are running round with a gun, clearly you are an SAS wannabe’. It isn’t like that. It is much more akin to chess than it is to computer games.” In a real competition, participants have to navigate obstacles and sometimes targets can react when hit.
Mr Thorne, who owns 11 guns, added: “I can see why someone looks at this gun and thinks it’s horrible but it’s all very easily explained. It’s fun but it’s competitive. There are people pushing to make it an Olympic sport. It is no different to golf. You have various guns but they are for different purposes. It’s like a set of golf clubs. You wouldn’t use a driver on the green or a putter off the tee. It is not kids running around with guns trying to be Hollywood. It is a genuine sport.” 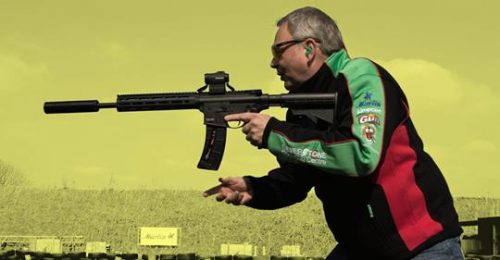 Ends.
Now it is unfortunate the Times have decided to mention the atrocities in New Zealand and there are a few inaccuracies such as ‘spraying bullets’ (which we certainly dont do) or shoot shotguns (which we dont here at Silverstone Shooting Centre) but overall the article is a fair and balanced representation of practical shooting and the process required to obtain a licence to take up the sport.
My hope is that a continued dialogue can be created between the shooting community and the wider media, through common knowledge perhaps both sides can learn something from each other.

One thought on “Shooting in the Media – Update”